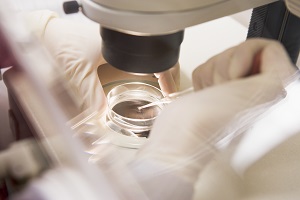 Cystic fibrosis is a serious genetic disease that affects about 1 baby in Italy about 2,500. A trigger disease is a defect in the CFTR gene, which in our country would be present in 1 in 25. For each pregnancy, a pair of carriers has a 25% chance of having an affected paper.

There are various levels of disease severity, which may vary from person to person, depending on age of diagnosis and the type of CFTR gene mutation. Cystic fibrosis alters the secretions of the organs, making them more dense and less fluid. This damages the organs and causes gradually the loss of functionality. The most affected organs are the lungs and bronchi: the mucus stagnates in them, which causes more and more serious infections and inflammations. With time, the accumulation of disorders causes the body insufficiency.

Cystic fibrosis also affects other organs, in addition to those of the respiratory system. Seriously harms the pancreas, responsible for the reversal of the enzymes. The malfunctioning of the pancreas leads to digestive problems, malabsorption of nutrients and consequent growth problems. Often pancreatic problems evolve into a form of diabetes, with all the additional problems that arise. In addition, the bad functioning of CFTR can damage the intestine, liver and the vas deferens in men.

One of the major symptoms leading to the diagnosis of cystic fibrosis is salty sweat, caused by abnormally high levels of chlorine. Sick children also suffer from persistent cough, shortness of breath, frequent lung infections and failure to gain weight. In these cases it is provided with suitable DNA testing and analysis, for the presence of the disease.

For now lacking real cure against cystic fibrosis. There are treatments for the symptoms and, in case of early diagnosis, to slow the progress of the disease. Compared to 50 years ago, patients enjoy a higher quality of life and have higher growth prospects. Once a child with cystic fibrosis was struggling to get to school age, while the average today is around 40 years. The road to finding a cure is still long, but scientific research is making big steps forward.