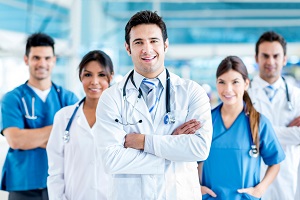 An IDIBELL Neurometabolic Diseases team has identified a new model for X-linked adrenoleukodystrophy, also called X-ALD. The models in question are the Caenorhabditis elegans or C. elegans, worms about 1 millimeter long with a very simple organism. This will facilitate the study of the disease, for which there are no treatments at the moment.

X-ALD is a rare genetic disorder that affects the nervous system. Until now, the study of the disease has been complicated: there were no effective models that would allow the study of possible pharmacological targets. The job in question could change things.

Researchers believe that C. elegans is a perfect model for the disease. The worms in question may indeed suffer from a similar version of human disease, characterized by the deficit of the ALDP protein. This makes it possible to study the effects of this deficit in a controlled environment and, above all, to find a way to counter them.

The first results are encouraging: Dr. Esther Dalfó reports the discoveries made to date. The tests done on C elegans suggest that the neurological alterations typical of the disease are caused by the cells of the glia. The oxidative stress caused by the mitochondria would damage the cells in question, leaving the nerve tissues exposed. This would lead to the damage found in those suffering from the disease. The next step will be to understand how to stop the process.

There are several branches of medical research that make use of C. elegans. These worms are small and simple, despite having characteristics similar to those of much more complex animals. In addition, 40% of their genome is homologous to ours.