A Offer your patients a better service compared to invasive prenatal screening tests. AURORA is a safe, reliable, quick and early test. In fact, it differs from invasive prenatal diagnostic tests (amniocentesis, chorionic villus sampling, cordocentesis) for its reliability (test sensitivity higher than 99.9%  for trisomy 21 and trisomy 18) and for its non-invasiveness, ensuring absolute absence of miscarriage risks.

B  Offer your patients a  better service, also compared to other  non-invasive prenatal screening tests:

The tests are performed in California, USA, at the Illumina Inc. labs, using the cutting edge technology of massive parallel sequencing (MPS) of the entire human genome. It has the following advantages:

Advantages of the Aurora test

Aneuploidy “detected” or “undetected” instead of risk rates

Legend:
Sensitivity  = power of the test, expressed in percentage terms, to identify the presence of a aneuploidy

Specificity = power of the test, expressed in percentage terms, to exclude those who have not developed an aneuploidy

**Values for trisomy 21. For other abnormalities refer to accuracy of the test table

Excellence of the Service

The AURORA service simplifies gynaecologists’ tasks compared to any other test: 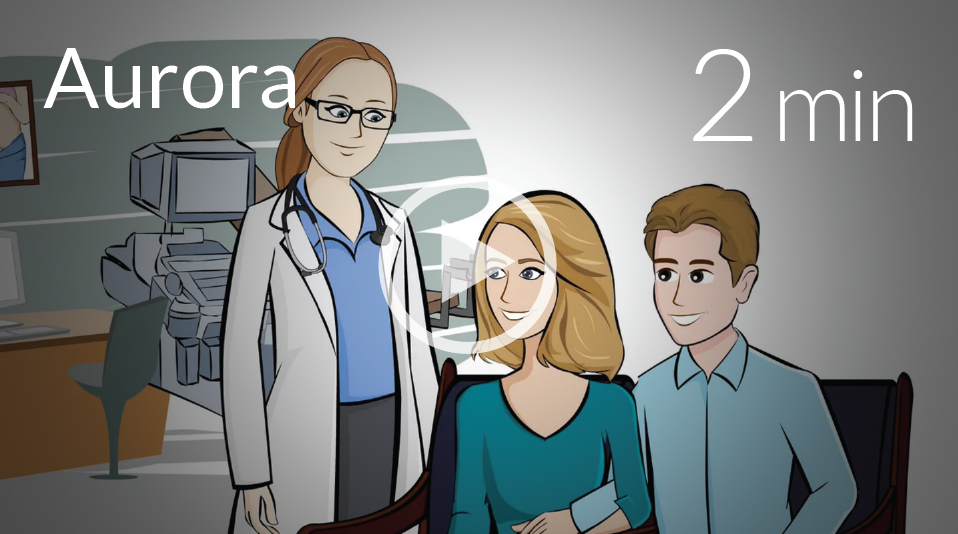