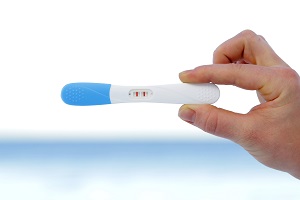 The Apulia Region has allocated € 800,000 in assisted procreation. Those who will resort to treatment in 2017 will only have to pay the ticket, as long as they contact the agreed clinics. The measure aims to shorten the times foreseen by the Ministry of Health.

The Government has included Assisted Fertilization among the Lea, or the essential levels of assistance. Citizens will then be able to access therapies free of charge or paying the ticket. In order for the measure to be operational at national level, a Ministerial Decree on Maximum Rates is required. Puglia has therefore decided to speed up the process, at least in its own borders.

The Region has a fund for support for assisted procreation. The fund amounts to 800,000 euros for first-cycle cycles. Instead, 700 thousand are those for second and third level interventions, such as in vitro fertilization. To this money are added the contributions paid to the couple by the Region: 400 euros for each first level treatment, 1000 for each second and third treatment. There are maximum 2 paths funded for each pair.
Before the initiative comes to an end, an agreement is needed with the Ministry of Health and the Economy. It is necessary to verify that the Region has complied with the 2016/2018 operational plan.

Agreed structures will be 6 throughout the Region. In Bari will be the pma center of the Santa Maria care center and the center of San Luca. At Bisceglie there will be Momofertilife srl. For those in the area of ​​Brindisi, there are the Salus center and the center of Progenia, located at the citadel of the research. In Taranto there is the playground and andrology Crea srl.