Follistatin is a key player in embryo implantation 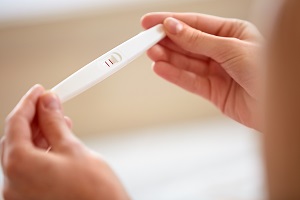 Baylor College of Medicine researchers have shown that folthstatin plays a key role in embryo implantation. They have thus identified a new element of female fertility. The study helped to better understand how the uterus works and why sometimes it fails. It will also help raise the success rate of assisted reproduction technologies.

Embryo implantation in the uterus is a process that requires high coordination. It involves a large number of proteins needed to communicate embryo and mother to each other. When communication fails, the embryo does not stick to the uterus and its development stops.

The mechanisms behind embryo implantation aroused the interest of many researchers, especially those involved in assisted fecundation. Failure to plant is in fact the cause of most failures in in vitro fertilization. Understand why this is the only way to increase successes.

It was already known that phollistatin protein increases the receptivity of the uterus to the embryo. It is in fact the decidualization of endometrium, the set of processes that make the uterus pregnant. When decidualization occurs, follo-statin levels rise. However, the researchers have noticed that the levels rise even earlier, during the implant. They then created animal models without folliculine and measured fertility.

Follistatin-free females have given less and less often light. Observations showed that embryos did not stick to the uterus of these cavities, slipping away. The shortage may therefore be behind the failure of many plants in the human being. According to researchers, this could be the key to improving the chances of successful assisted fertilization procedures.