Doing sports during pregnancy also gives the child the charge 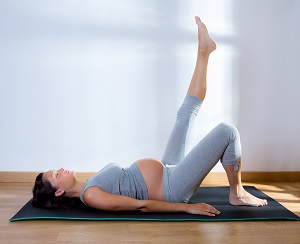 Women who do sports during pregnancy are more likely to have children with high motor skills. It is suggested by a study conducted by Professor Linda May of East Carolina University.

The researchers analyzed the motor skills of the children of two groups of mothers: those who had done regular exercise during pregnancy; those that didn't. One month after giving birth, the small ones belonging to the first group moved better than those of the second. In theory, children in the first group are more likely to develop advanced motor skills in a short time. Furthermore, they are likely to become more active children than those in the second group.

The study involved 71 healthy pregnant women. Half of them did exercise about 3 days a week for 1 hour. The other half simply did very mild exercises, stretching and breathing exercises. A month after giving birth, the doctors analyzed the motor skills of the children, assigning them scores.

What kind of business does this kind of benefits have? According to the professor, the movement must be intense enough to increase the rhythm of the heartbeat. It must however be bland enough to allow you to talk during the exercise. So mothers-to-be can walk briskly, swim, ride a bike and take classes in prenatal aerobics. According to the researchers, physical exercise is likely to increase oxygen levels in the womb, stimulating fetal brain development. Or it could stimulate the release of proteins called growth factors.