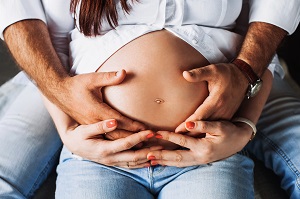 There could be a link between positive thinking in pregnancy and mathematical abilities of the unborn child. This is reported by a study by the University of Bristol, part of a larger series examining the link between "locus of control" in parents and traits of children.

The locus of control is a psychological measure that indicates the perceived degree of control over the world. Those with an external locus believe that striving is useless, that everything depends only on the outside world. Those who have an internal locus are more inclined to action, because they believe that everything depends on themselves. In the 1990s, researchers evaluated this measurement in over 1,600 pregnant women. Years later, they evaluated the mathematical skills of their children aged 8, 11 and 13.

According to the study, women with an internal locus during pregnancy had more skillful children in mathematics. Much of the credit is likely to be linked to the way these women have raised children. Many of them gave small foods designed for brain development, read their stories, helped them with their homework. All behaviors that help to develop their skills and to better face the world. Yet there is more.

Women with internal locus were much more aware of the consequences of their lifestyle on the fetus. As a result they ate well, slept the necessary, tried to avoid sources of stress. All behaviors with a positive impact on fetal development, which could partially explain the long-term benefits on children.