Too much fat in pregnancy marks the metabolism 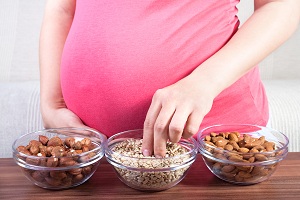 Taking weight during pregnancy is normal, within certain limits. Numerous studies show that eating too much in pregnancy affects the health of both the mother and the baby. But researchers at the University of California went further. In fact, their study analyzes the long-term effects of a too high-fat pregnant diet. From what emerged, a diet unregulated during gestation reprograms the metabolism even after delivery. It therefore makes it easier to gain weight in subsequent years.

A team of researchers analyzed the state of health of a group of pregnant guinea pigs. Scholars fed part of the guinea pigs in a normal way and partly with very fat foods. The guinea pigs of the second group obviously took a lot of weight, but they lost almost immediately after giving birth. Despite this, the effects of high-fat nutrition were seen months after delivery.

The guinea pigs have resumed eating normally after losing weight. Even with a normal diet, three months after giving birth they began to gain weight. Nine months after delivery, they weighed about twice as high as the average. According to scholars, the high fat diet carried out during pregnancy has slowed the metabolism even at the end of gestation. This made it easier to accumulate fat mass and excess weight.

What has been discovered for mice is also applicable to humans. A too fat diet during pregnancy could increase the risk of obesity in years of childbirth. Even losing weight immediately, in fact, would remain the changes made to the metabolism with a diet so uneven. For further confirmation, however, an analysis will also be conducted on human beings.