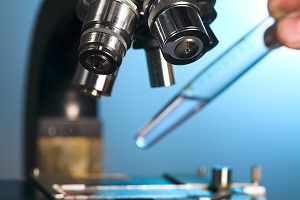 Neuroendocrine tumors are so called because it affects the cells of the neuroendocrine system. These cells are present throughout the body, with characteristics midway between the nerve cells and endocrine ones, that produce hormones. Depending of the organs in which they are located, also they change their function.

Neuroendocrine tumors are relatively rare, affecting about 5 people per 100 thousand. In Italy it is referred to about 3000 cases per year, less than 0.5% of all registered malignancies. Are low-incidence cancers, very slow to develop and that allow you to live with the disease also very long. For this reason, compared with a low number of new cases each year, sufferers are significantly more. The most affected by this form of cancer are the elderly, but not all. The disease it affects people of all ages, but under 40 years.

The most common form of neuroendocrine tumor is one that affects the gastro-entero-pancreatic. 70% of diagnoses are attributable to neuroendocrine tumors of the pancreas, to distinguish between "well-differentiated tumors" and "poorly differentiated." The former represent 90% of cases, they are slow-growing and treatable in most cases. Those "poorly differentiated", however, tend to develop metastases that are often already present at diagnosis.
When there is located in front of a well-differentiated tumor, it is possible to act with lenses less violent treatment and also for the patient. In the case of poorly differentiated tumors, however, we must act immediately and aggressively. That's why it is so important to the development of new genetic tests, which identify a genetic predisposition as in the case of ovarian cancer.