Genetic testing explains some mysterious deaths among the Amish 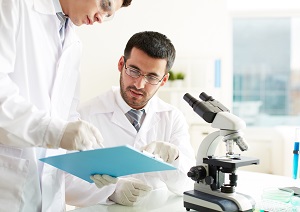 Thanks to a genetic test, Dr. Michael Ackerman solved a mystery that plagued two large Amish families. Both groups had in fact been hit by some sudden deaths, apparently without explanation. The victims were always very young people, always deceased following a sudden cardiac arrest. Four of these were brothers who died while exercising.

The doctor and his team analyzed the DNA of the young victims through a molecular autopsy of the exome. They then intertwined the data with that collected from the families' anamnesis. The history of families revealed a large number of similar cases, which immediately made one think of an inherited disease.

Since the parents of the boys had never had problems, the genetic variant had to be recessive. This made it possible to narrow the field. All the dead boys had the same variant in the RYR2 gene, also common among distant relatives affected by the same fate.

The researchers compared the DNA of these boys with a second Amish family, completely disconnected from the first but affected by the same misfortune. Genetic tests identified the same variant in 23 family members, of which 18 died at a young age. The study could avoid many other tragedies in these families. By identifying healthy carriers of the diseased gene, it will be possible to identify people at risk and move accordingly once adults.