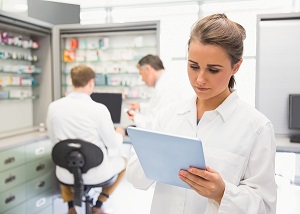 Preimplantation genetic tests are essential, but they are much earlier than a fetal DNA test. They can therefore lead to false positives and false negatives. To reduce this risk, an international team of researchers is working on a new technique.

Their goal is to increase the reliability of these tests and facilitate IVF. Current tests start with a small blastocyst biopsy, the very first phase of the embryo. The doctors take a sample of trophoblast, the tissue that gives rise to the placenta, and analyzes it. However, it happens that the cells of the trophoblast are healthy and those that will give rise to the embryo no, or vice versa. The phenomenon is called mosaicism and complicates genetic analysis.

The study authors developed a technique to analyze the cells contained in the culture fluid of the blastocyst. In this way it is easier to analyze different types of cells and it is more difficult to damage the blastocyst. It was tested by 52 blastocysts donated by patients who were undergoing fertility treatments.

They had all been analyzed using traditional techniques, allowing them to compare old and new results. The traditional technique has a false positive rate of 50%: out of 18 blastocysts considered abnormal, 9 were not. The new technique instead has a rate of 20%, still important but still much lower than the first. If perfected, it could facilitate pre-implantation analysis and therefore the selection of the best embryos for IVF.