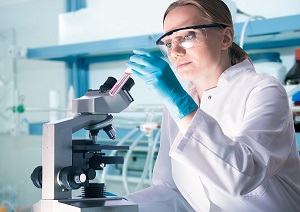 More than 50% of adults with haemophilia or sick relatives support pre-implantation genetic diagnosis and prenatal screening. This was revealed by a survey published by the journal Molecular Genetics & Genomic Medicine.

A team from the University of Warwick in the United Kingdom conducted a study on how those directly involved view genetic tests. The researchers interviewed patients with hemophilia and their relatives, asking them what they think of these tools. At first, they interviewed 22 people, of which 6 were hemophiliac and 3 were affected by Von Willebrand's disease.

They asked them questions about the disease and how they see certain methods of diagnosis. Based on the first interviews, the researchers developed a second questionnaire. This time they have submitted it to 327 people, of whom 75.7% have sick relatives and 24.3% suffer from the disease. About 85% were over 35, 77% had children and 56% were believers. Approximately 57% of respondents declared themselves in favor of pre-implantation genetic screening. About 35% of them said they did not see screening as a form of eugenics. 37% said that the result of genetic testing would not push them to change reproductive partners.

In fact, 45% of hemophilia A patients and 24% of haemophilia B sufferers fear the stigma for healthy carriers. 59% of participants spoke in favor of prenatal screening tests. Why? 69% of them declared "to prepare parents for their child's illness".