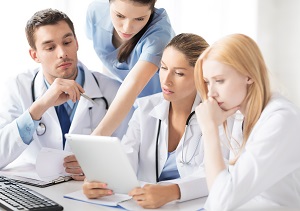 Prenatal exposure to environmental pollution can cause changes in the brain and sexual organs. There is therefore a real risk that the quality of today's air affects the development of future generations. This is what a study presented at the annual congress of the European Endocrinology Society states. According to the researchers, polluted air contains some endocrine-acting chemicals.

The substances in question could interfere with the functioning of the hormones, causing problems for the whole body. Among these there would also be infertility and sexual development. However, the actual extent of these damages is still unclear. Do we have to be afraid even for the next generations? The authors of the study decided to shed some light: they let some pregnant animals live in a context of environmental pollution, after which they followed the young.

The young have shown abnormalities in the development of sexual organs, as well as behavioral ones. All these problems were transmitted to three successive generations, even though they were not exposed to environmental pollution. The first and second generation female rats showed abnormal behavior towards their young. In those of the second and third generation, on the other hand, the researchers found anomalies at the ovarian level. This means that their fertility had been compromised, although they were not directly exposed to chemical agents.

Scientists think it is the fault of an altered gene expression, which has altered the regulation of reproductive hormones. The discovery raises disturbing questions: what legacy are we leaving to future generations? Does the action of pollutants in the air really risk affecting the future of humanity?