The blog about the prenatal genetic of latest generation 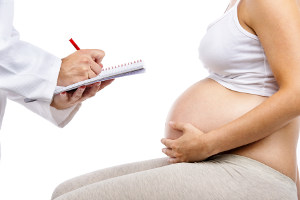 A team from the University of Kobe discovered a non-invasive prenatal testing for cytomegalovirus infection. It is a safe method for both the fetus and the mother, which may soon become of common use. If not detected early, congenital CMV infection is indeed cause hearing loss and mental retardation.

It is estimated that in the US more than 8,000 children a year suffer complications due to CMV. The doctors are fighting congenital infection with antiviral agents, given to infants come into contact with the virus. However, this presupposes an almost immediate diagnosis, currently only possible with special tests. They are DNA tests on the baby's urine, precise but difficult to extend to the entire population of newborns. A more realistic approach is to perform the analysis only on children born to women at increased risk, but it is not always feasible.

To identify the risk of infection with cytomegalovirus is made of an immunoglobulin M. testing If the test is positive, the infection is more likely. The test, however, is very prone to false positives. It is common that the test is positive even many years after the first infection, which makes it unreliable. A more accurate method would be a DNA test taken from the amniotic fluid, but it is an analysis that many women may be too invasive. That's why the Japanese team has searched for a safer method.

The study involved 300 women testing positive for immunoglobulin M. The researchers performed DNA tests on blood samples, urine and cervical secretions. They also looked for any traces of infection in the fetus, by examinations with ultrasound. The team then analyzed all these results from a statistical point of view, the combination of data with any fetal malformations. It was found that the analysis of cervical secretions have provided most of the cases of infection with cytomegalovirus. In case of positive results in preliminary tests, could therefore confirm or deny, enabling you to intervene to time with the best treatments.

Genetic analysis are performed also in other prenatal exam such as fetal DNA test.

Prenatal test easier with 3D models of the fetus 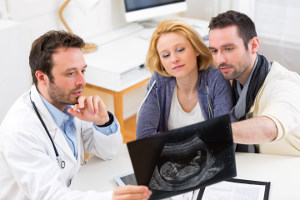 A research from Brasil developed a technology that creates a 3D model of the fetus. It uses data got trough MRI and ultrasound, that give a hi resolution image of the fetus and of placenta.

Technology allows to make evaluations impossible to get with regular ultrasound, that cannot provide images sufficiently detailed. If it would expanse, I could allow to improve prenatal test techniques.

The 3D models of the fetus exploit immersive virtual reality technologies. Increase the understanding of fetal anatomic features, recreating even the internal structure and facilitate prenatal screening. Allow you to view details of the respiratory tract, for example, helping to identify any abnormalities. A possible application of the technology includes the detection of obstructions in the airway. It is in fact important to verify the correct development of the apparatus and, in particular, of the ways of connection between the outside and the lungs.

The new technology has potential in a clinical setting. It displays the condition of the fetus in order to show them comprehensively to any team. The presence of details in 3D of the internal structure also facilitates the exchange of morphological and multidisciplinary discussions information. This could bring considerable benefits to the patients themselves, which would provide a more comprehensive service.

For the moment, the researchers used the new technology in a clinic in Rio de Janeiro. In some cases, the 3D models were able to identify defects that required surgery. In happier cases, they allowed parents to track the growth of their child more clearly. It is a major breakthrough in prenatal screening, which takes its place alongside other innovative prenatal tests such as fetal DNA testing.